More information about speakers will be released soon...

Abstract: What is driving our industry to improve performance? As resilience becomes a critical factor for ensuring a reliable grid in the face of significant change and increasing risks, this presentation will provide an overview of current state vs. long-term strategy for managing the challenge of measuring resilience, the value it adds to reliability and how to balance the integration of risk, regulatory and customer concerns as it evolves. It will also discuss general ideas for defining resilience metrics, applying these under differing conditions (extreme weather, climate related risk) and how this will benefit the customers of electric power.

Biography: Dr. Jessica Bian is the President of the IEEE Power & Energy Society (PES). She is a visionary leader and architect, has spearheaded electric industry's reliability metrics and grid risk assessment. Currently she is the Vice President of Grid Services at Grid-X Partners. Before that, she was with the US Federal Energy Regulatory Commission (FERC), Washington, DC. Previously, she was the Director of Performance Analysis at North American Electric Reliability Corporation (NERC) in Atlanta, Georgia. Under her leadership, a total of 18 industry-wide reliability indicators were established to determine grid reliability, adequacy, and associated risks. She is widely recognized as a pioneer and trusted world leader in the field.

Biography: Zhengtao Ding received B.Eng. degree from Tsinghua University, Beijing, China, and M.Sc. degree in systems and control, and the Ph.D. degree in control systems from the University of Manchester Institute of Science and Technology, Manchester, U.K. After working in Singapore for ten years, he joined the University of Manchester in 2003, where he is currently Professor of Control Systems, and the Head of Control and Robotics Group. He is the author of the book: Nonlinear and Adaptive Control Systems (IET, 2013), and a co-author of two other books, and has published over 300 research articles. His research interests include nonlinear and adaptive control theory and their applications, more recently on distributed optimization and distributed machine learning, with applications to power systems and robotics. Prof. Ding has served as the Subject Chef Editor of Nonlinear Control for Frontiers, and Associate Editor for the IEEE Transactions on Automatic Control, IEEE Control Systems Letters, and several other journals. He is a member of IEEE Technical Committee on Nonlinear Systems and Control, IEEE Technical Committee on Intelligent Control, and IFAC Technical Committee on Adaptive and Learning Systems.

Abstract: The transportation sector represent a major emission sector following the power generation sector in many countries. Digitalisation of the transmission sector has become national strategies in many countries as part of the zero emission strategies. This has encourages rapid uptake of electrical vehicles. With the massive increase me EVs, charging management become essential factor in ensuring the power grid resilience and reliability during the transition toward EV dominated transportation system. AI based methods and interaction with the power grid, and energy market are developed for smart EV charging management and planning. Case studies and practical EV charge management system will be presented in the talk.

Biography: Prof Dong is a Professor at Nanyang Technological University, Singapore. His previous roles include SHARP professor and Director of UNSW Digital Grid Futures Institute at the University of New South Wales, and Director of Australian Research Council Research Hub for Integrated Energy Storage Solutions. He also worked as Ausgrid Chair Professor and Director of the Ausgrid Centre for Intelligent Electricity Networks providing R&D support for the AUD500m Smart Grid, Smart City national demonstration project of Australia. His research interests include power system planning and stability, smart grid and smart cities, renewable energy systems, electricity market, and computational methods for power engineering applications. He has served/is serving as an editor for a number of IEEE Transactions and IET journals.

Abstract: The solar spectral irradiance varies significantly for different locations and time due to latitude, humidity, cosine effect of incident sunlight, etc. For convenience, the power-conversion efficiency of a solar cell is referenced to the international standard of AM1.5G spectral irradiance, which inevitably leads to varying performance of deployed solar cells under the specific local climate and insolation conditions. To predict the actual performance of solar cells under local climate conditions, a new algorithm has been developed to compute the power-conversion efficiency (PCE) of commercial photovoltaic (PV) module based upon indoor measurement with a solar simulator, the measured local solar spectrum, and making use of both optical and electrical factors. Despite having the same irradiance level and the operating temperature, the percentage variation in PCE of PV modules in different site locations under local spectral irradiance in Peninsular Malaysia can be differed as high as 15.8% relative to that of standard AM1.5G spectrum. To estimate the actual performance of commercial PV modules, the simulation based on genetic algorithm (GA) has been carried out for a combination of three site locations and twelve types of commercial PV modules. From our study, there is a significant gap between the actual PV performance in terms of PCE and annual energy yield and manufacturers data tested under AM1.5G spectrum.

Biography: Prof. Dr. Chong Kok-Keong received B.Sc. (Hons) 1st class degree from University of Malaya in 1998 and Ph.D. (Optical Engineering) degree from Universiti Teknologi Malaysia in 2002. He is Fulbright visiting scholar in Princeton University, USA for the period of Sep-Dec 2015. Currently, he is full professor in Universiti Tunku Abdul Rahman and a chartered engineer registered under the engineering council, United Kingdom. For research experience, he has been working in the field of solar energy engineering for more than 20 years with the research interest including concentrating solar power, concentrator photovoltaic system, daylighting, solar cells and solar thermal energy. He has been principal investigator for seven external grants with total amount of more than USD 1 Million and leading multi-disciplinary research fund. For recognition of his contribution, Dr Chong has been honoured to receive Top Research Scientists Malaysia (TRSM) 2018, Malaysia Toray Science Foundation (MTSF) Science & Technology Award 2017, JCI Ten Young Outstanding Malaysian (TOYM) Award 2013, Fulbright Scholar Award 2015-16, and Gold Award in PECIPTA’17. For recognition, he has been elected as Fellow of Academy of Science Malaysia 2019, Fellow of ASEAN Academy of Engineering & Technology (AAET) 2018, Global Young Academy 2014, Young Affiliate Fellow for The World Academy of Sciences (TWAS) 2011, Young Scientist Network-Academy of Science Malaysia 2012. Currently, he serves as Associate Editor of Frontiers in Energy Research (Frontiers: a Swiss-based open access publisher part of the Nature Publishing Group) with Impact Factor 4.008 and International Journal of Photoenergy (Hindawi).

Biography: Dr. Jia Hongjie, Professor at School of Electrical Engineering andAutomation, Tianjin University. His research speciality is power systemstability assessment, protection and control, distribution network planningand automation, distributed generation and renewable energy, integratedenergy system, etc. In such research areas, he has published more than 190 journal/conference papers and gotten 12 patents. Dr. Jia obtained his BSc., MSc. and Ph.D in 1996, 1999 and 2001respectively from Tianjin University. His doctor thesis entitled “Study onsmall signal stability region of power systems” was awarded as the National Excellent Doctoral Dissertation of P.R.China in 2004. He wasawarded as one of the Program for New Century Excellent Talents in University by the ChineseMinistry of Education in 2005, Excellent Young Scientist of Tianjin in 2008, Excellent Post Doctorof Tianjin in 2009, 54 Medal of Tianjin Youth in 2009, Peiyang Youth Scholar of TianjinUniversity in 2012 and China Youth Science and Technology Award in 2013. He became a memberof All-China Youth Federation (ACYF) in 2010 and was selected into ‘131’ Innovative Talents of Tianjin Municipal in 2011. He became an Associate Professor of Tianjin University in 2002 andwas promoted to Professor in 2006. From Jan. 2010 to May. 2014, he was the dean of school of Electrical Engineering and Automation in Tianjin University

Abstract: As the world moves toward carbon neutrality, Japan is poised to further accelerate its decarbonization efforts to achieve carbon neutrality by 2050. The central theme is the decarbonization of power sources, especially the mainstreaming of renewable energy, as well as the electrification of energy consumption. The essential characteristics of renewable energy are that suitable sites are limited due to regional characteristics, and that the amount of power generated by wind and solar power fluctuates greatly depending on the weather and time of day. In other words, it is important to plan and operate a power system that fills the temporal and spatial gaps between power supply and power demand, and innovation on the demand side that is linked to this is important. Along with electrification, attention is being paid to the creation of flexibility through the integrated utilization of distributed energy resources (DER). This presentation explains Japan's energy policies and initiatives tackling to hard issues associated with the current trends.

Biography: Hideo Ishii joined Tokyo Electric Power Company (TEPCO) in 1988. He was a visiting scientist in Massachusetts Institute of Technology from 1989 to 1991. He received Ph.D. from the University of Tokyo in 1996. From 2010, he has been engaged in some major smart grid related National projects in Japan as an organizer. He is now a Professor with Advanced Collaborative Research Organization for Smart Society (ACROSS) at Waseda University. His current activity is in Electric Energy System, especially regarding Demand Response (DR) and integration of distributed energy resources (DER) including renewable energy. He has been leading DR standards in Japan. Since August 2020, he has been a Chair of IEC TC 8 SC 8C.

Biography: Dr. Chi Yongning is the chief engineer of renewable energy research center of CEPRI (China Electric Power Research Institute), and serves as the secretary of IEC TC 8/SC 8A “Grid Integration of Renewable Energy Generation” since year 2014. He is the expert member of IEA GIVAR Advisory Group, and also a member of CIGRE and IEEE. His research interests includes modeling, control and integration analysis of renewable energy generation. He was responsible for formulating the Chinese connection code for wind power and PV, and led several national level research projects with regard to renewable energy grid integration, offshore wind integration and system analysis. He was honored with the UVIG Achievement Award in 2016, the ESIG Excellence Award in 2019 respectively.

Abstract: Real time simulation technologies have emerged as an effective tool for analyzing and improving the performance of modern power systems. These technologies allow for the creation of virtual models of power systems that can be used to test new technologies and control strategies before they are implemented in the field. However, simulating modern power systems presents several challenges, including the difficulty of accurately modeling power electronics, the requirement to model manufacture control in black box format, and the need to represent the aggregation of wind and solar farms. Research is ongoing in these areas to improve the ability to resolve those key problems. Efforts include the development of universal modelling algorithms for power electronics, the use of black box to model manufacture control, and developing tools to analyze the wide band stability of power electronics dominated power systems based on real time simulation results.

Biography: Yi Zhang joined RTDS Technologies Inc. in 2000, where he now serves as Vice-President R&D and Chief Technology Officer (CTO). Dr. Zhang has over 31 years of experiences working in power system simulation and analysis. His expertise includes the Real Time EMT Simulation, Voltage Stability and HVDC, etc. As a principal member of the RTDS development team, Dr. Zhang developed many simulation models on RTDS Real Time Simulator in the past over 22 years. At present, he leads the research and development activities in RTDS Technologies. Dr. Zhang obtained Ph.D. degree from Shanghai Jiao Tong University and The University of Manitoba. He is a registered professional engineer in the province of Manitoba. Dr. Zhang also serves as an adjunct professor at the University of Manitoba Canada and Hunan University China, and an editor of IEEE Transactions on Power Delivery. Dr. Zhang is a Fellow of IEEE, a Fellow of Engineering Institute of Canada, and a Fellow of Canadian Academy of Engineering.

University of Electronic Science and Technology of China, China 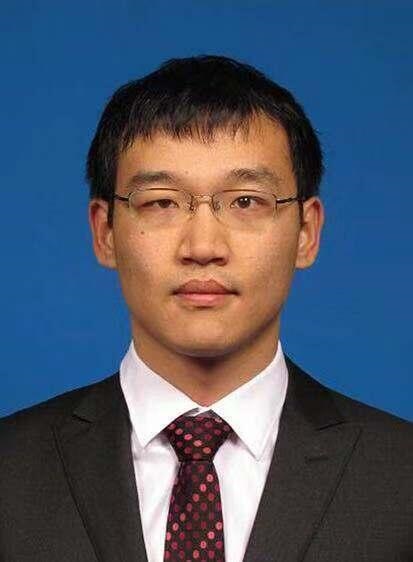